For job hunters, it is imperative to secure requirements so potential employers would view them positively. One of the most common job requirements is the police clearance.


Police clearance is a document that almost every employer requires in order to do a background check of their future employees. However, it is unfortunate to know that police clearances are costing too much. 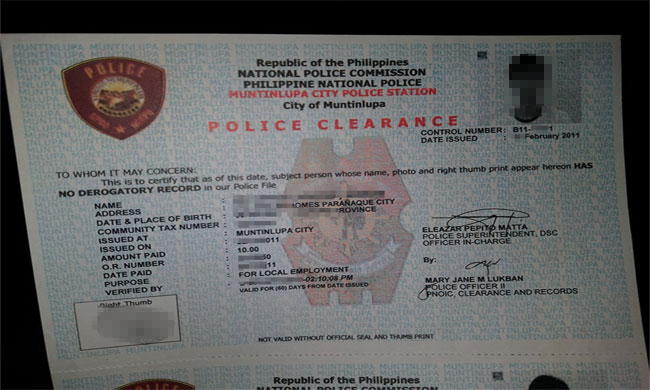 As published by Edd Reyes from Journal, applicants from different cities in Metro Manila are dismayed over the expensive price of police clearances. From a previous fee of just Php10 for regular clearance and Php50 for express clearance, the present fee ranges from a minimum of Php300 and gets pricier depending on the its purpose.

The above fee is effective in Manila, but it is not just in that particular city. Caloocan, Malabon, Valenzuela and other Metro Manila cities also increased their police clearance fee. Apparently, it is not only the police department which gains from the fees, but also the local government.

One example stated was in Caloocan City, where applicants need to secure a community tax certificate ranging from Php5.50 and Php100 to be paid for the city hall. This is apart from the Php250 cost of the actual police clearance with a plastic ID card.

In other words, an applicant would need to shell out Php355.50 just to secure this document for employment.

Meanwhile, an NBI clearance, which is also a pre-employment requirement, only costs Php115. However, applicants need to set an online appointment weeks in advance before they can secure an NBI clearance.

In comparison, police clearance applicants can walk in to their municipal halls and often get the document within the day up to two days. This might be the reason why most job hunters have no choice but to opt for the more expensive choice.