LTO has stopped its disputed administrative order that required professional driver’s license (PDL) applicants to submit a clearance from National Bureau of Investigation (NBI) and other police clearances before securing licenses.

However, applicants for new professional licenses will still need to submit an NBI Clearance, since it was a requirement that had been going on even before the controversial administrative order.

According to LTO Chief Alfonso Tan Jr., the Administrative Order No. AVT-2015-29 came in view of the non-availability of NBI offices in far flung areas and island provinces. Furthermore, NBI clearance would no longer be required for conductor’s license and subsequent transactions after the issuance of professional driver’s license such as renewal and additional codes.

The issued order, signed by Transportation and Communication Secretary Joseph Emilio Abaya on November 25, 2015 also stated that, “The old policy requiring police or NBI clearances for new PDL or change classification from non-professional driver’s license to PDL shall remain in force,”

According to LTO spokesman Jason Salvador, they chose to suspend the first administrative order rather than completely abolishing it for them to have more time to evaluate the controversial sections included in it. 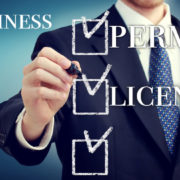